I stumbled upon an article a couple of weeks ago that gave me pause.  I must begin, however, with the statement that I have absolutely no detailed knowledge of the details of this article.  My opinion below is based solely on my initial reaction to the article.

Now, if you are unfamiliar with the nuances of the environmental testing industry within the US, there deserves a bit of explanation, however elementary, of the political climate in which we operate.  I considered including that in this post, but that would be comparable to explaining the genealogy of the Tudors.  So I’ve included a supplement here.

Now, there were a couple of things that struck me immediately 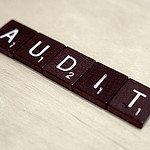 about the circumstances leading up to the settlement, as described in the article.  To the average Joe, the most concerning issue may appear to be the fact that the laboratory was not using the correct procedure.  Doesn’t that, after all, put all of the laboratory’s results for that test in to question?  Maybe… maybe not.

I can’t say that I’m intimately familiar with the named state as a primary accreditation body, but I understand that there is a strong focus on ensuring that Method Modifications (changes to the EPA published procedure) are minimized, or at least thoroughly technically justified.   This can prove problematic, and a tad frustrating, to laboratories tasked with developing improvements that somehow improve the sustainability of the operation.   The dynamic of the laboratory defending a proposed modification to a regulator could also be a post in itself.  We’ll just say that modifications are scrutinized to ensure that data quality is not compromised.  (Any scientist that I have been lucky enough to work with would welcome such scrutiny, if only for the opportunity to say “I told you so”)

So without speaking to the modification itself, the one thing that struck me, as a QA Manager, was the fact that the regulator had cited this as an issue that needed to be corrected on three separate inspections.   END_OF_DOCUMENT_TOKEN_TO_BE_REPLACED